What types of homes are being built around the UK?

nine out of ten new homes in London are flats

New research from the National House Building Council (NHBC) released recently reveals a widely varying picture about what kinds of homes are being built around the country.

According to the organisation’s figures for the year to date, nine out of ten new homes in London are flats, almost half of new-build homes in the North East are detached houses, and the most popular place for bungalows is the Isle of Man (11 per cent of all those registered with the NHBC). 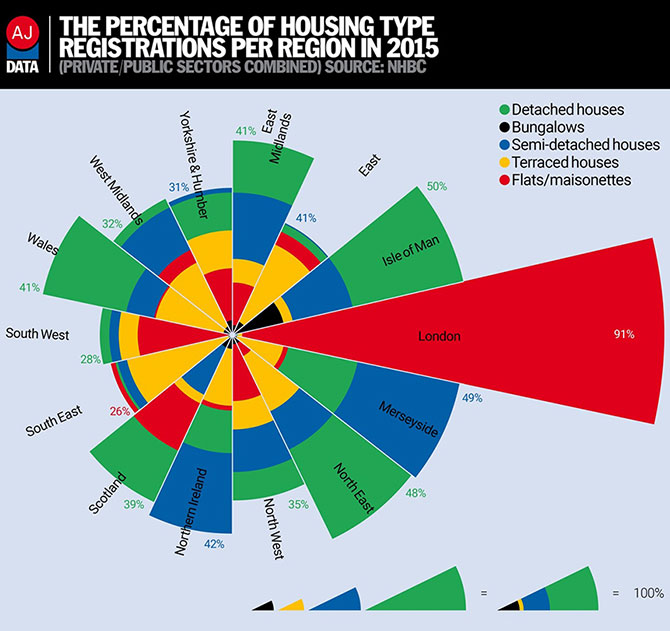 Although new apartments (flats and maisonettes) dominate the London market, which is not surprising, nationally there has been a significant drop in the number of flats being registered over the last seven years, while there has been a reappearance in the construction of detached homes.

Small family homes have been built against the trend and are proving very popular, however there is a widespread shortage of family housing in London predominantly due to lack of space and land available.

It is clear that London’s higher land prices require high density apartment building to allow these new houses to be even remotely affordable, similar to New York, Tokyo and most European capital cities. Yet, a large proportion of the people that work in London commute from the Home Counties, either to have an escape from the busy city at the weekends - or simply to be able to afford a house.

Wanting to live in a house is understandable - having a back garden, allowing secure outdoor play and inside-outside living, along with sleeping areas upstairs to allow for parallel living and privacy within the family group are all desirable functions that are more easily accommodated in a house.

The more commutable areas appear to have a higher population of terraced house which generally provides a good model for density while still permitting vertical freeholds, in addition to cheaper land.

Overall, the research shows that in 2015 in London only apartments and flats have been built but that the range of homes being built across the UK is diversifying in response to the population’s modern living requirements.

Whatever your project visit the Sky House Design Centre for inspiration and solutions to ensure your new house is a home.